In this part of the world we mislaid some of our traditions (we did not lose them, we just forgot where we put them) and so we have looked to our neighbours in other parts of the world to remind us of them. This is very valuable; as Caitlin Matthews says when our fires go out we ask our neighbours for some embers to relight them but then we keep them going rather than repeatedly going back for more of their embers.

Much of the way in which smudging and smoking is practiced in this part of the world now is borrowed from the Native American traditions and the most widely used plant at present tends to be white sage or sagebrush (Artemisia tridentata/ ludovciana) which is native to Northern America. In this tradition smudging sticks and herbs were never sold but rather given as gifts and yet most of the white sage we use in this part of the world does not respect this part of their tradition and therefore it seems more appropriate to look to our own plants, rather than encourage the appropriation and disrespect of commercialising the American tradition.

In most cultures throughout the world smoke, smudge and incense would have formed part of ritual and ritual was seen as part of the sacred ordinary and ordinary sacredness; bear in mind that many of these rituals had a practical reason too, so smudging and smoking was not just about removing spiritual contamination but protected against airborne disease and helped clear ticks lice and other little bugs from the fur and hair of people and animals. In most places there was no clear distinction between medicine and spirituality; the priest(ess) /healer-doctor would have looked after people’s physical, emotional and spiritual heath in the community. So smoke was used as an offering to the deities and the sacred, for meditation and ritual, but also to cleanse animals (including the human ones) and make them healthy; for fumigation and space clearing; to preserve food and in some places squatting over smoke was used cleanse and repair the womb after childbirth.

The amount of ritual and complexity for preparation of plants for smoking varied from place to place; in ancient Egypt there were very complex recipes and formulae for creating incenses, as there continue to be in places such as India, Nepal and Japan where burning incense is seen as an important part of spiritual rituals.

Amongst the European peasant cultures smokes and smudges often had more practical applications in the sacred ordinary to ensure the clearing of parasites and bugs from domestic animals and to clear ‘bad air’. Fumigation by smoke would also have been performed as a medicinal practice. In France rosemary and thyme were burned in hospitals as a way of keeping the air clean and preventing contagion. Chris Hedley and Non Shaw describe how smoking mixtures were widely used for the treatment of asthma and respiratory problems by burning on charcoal or using pipes or rolled into cigarettes until relatively recently in their excellent book Herbal Remedies. Smoking with herbs was deemed to relax a tight chest and relieve night wheezes and asthma. The herbs would be sprinkled on charcoal or onto a fire or barbecue.

In this part of the world plants that were traditionally used in smoke purification included vervain, mugwort, pine and juniper. Often herbs were dried as loose leaf and burned on charcoal or thrown onto fires; vervain and mugwort tend to work better dried as loose leaves. For pine and juniper small branchlets can be dried and used as smudge sticks. Rosemary also works well this way.

To make smudge bundles the best herb to use is garden sage (Salvia officinalis) although other herbs such as thyme, and lavender and mugwort can be included in the bundles. To tie the bundles use cotton; nettle fibre or couch grass strands have also been used to good effect by one of the students here. I often tie bundles with natural garden twine which is then removed before lighting the bundle.

You may choose to grow particular plants in your garden specifically to use for smudge or to collect them from the wild. Before harvesting set your intention and sit a while with the plant to ask permission to harvest part of it and use it for this purpose. Often people will leave an offering for the plant- tobacco, corn, a hair from their head or a simple prayer of thanksgiving. Make sure to harvest respectfully not taking too much of the plant. Use strong healthy plant material. Some people use a particular number of sprigs tied together depending on the significance of the number for themselves. You may choose to wilt the herbs for a day before tying them or simply tie them fresh. Hold the herbs in a tight bundle then, using your chosen binding, wrap it tightly around in a spiral weave. Tuck the top leaves over and bind them closely then bind back down the smudge stick and tie a knot. I tend to dry the smudge sticks in the hot press (airing cupboard) to ensure that they are thoroughly dried the whole way through so that they do not go mouldy; this takes a few weeks. I prefer a simple ritual prayer to be offered before harvesting and tying the bundles; Give thanks to the plants and the Earth for the abundance around us, take a moment to clear the heart and work from pure innocent intention and if the smudge is being used for clearing a group space ask that it will be good medicine for this, or if it is to be used personally put this into the intention. If one feels that the plant does not wish to be used then do not harvest it, if one’s energy does not feel in tune with the harvesting and tying leave it to another person or another time. And remember to give thanks after harvesting and whilst making the bundles, gratitude is a great balm. And remember to say a prayer of intention before smudging too.

There are plenty of websites and other resources making suggestions of the use of different plants as smudge and smoke and there are links at the end of the article.

Here are some brief notes on a few that will grow in Ireland well.

Juniper is calming, protective and clears out negative energy. It also helps ward of viral infections and airborne illness. It can be grown easily.

Pine is grounding, cleansing, purifying and helps to bring forgiveness. It helps to deepen the breathing and clear phlegm and strengthen the adrenal glands. Our native pine is a tall tree but one can grow smaller varieties of pine or spruce in the garden in containers.

Mugwort is a native plant and its Scientific name is Artemisia vulgaris. It is considered to be a messenger plant, helping us connect with nature, protective and helping lucid dreaming. It is especially cleansing and used to treat parasites and for menstrual inbalance and is a wayside journeying plant.

Vervain is a native plant that is used for balance, repairing fragmentation, inner strength and peace. It is a tonifying nervine which works on the liver and heart and digestion.

Bay is not a native but many people grow it in their garden. It is seen as a guardian plant that wards of illness and is traditionally used to make wreaths for champions

Sage is not a native but grows really well in our climate. It is associated with clearing, cleansing,fertility, healing, wisdom, mental clarity and longevity.

Rosemary is not a native either and needs to be planted in dry soil. It. also strengthens the memory, helps with energy flow, binds the soul into the body, promotes fidelity and protects space. It also protects against airborne pathogens

Thyme protects against airborne pathogens too and is often combined with Rosemary. It promotes courage and confidence and lifts heavy moods, brining an increase in energy and vitality.

Other plants that we have found valuable are wood betony, myrtle, and lavender and you may well find yourself drawn to use others since the plant allies are so very giving and generous. 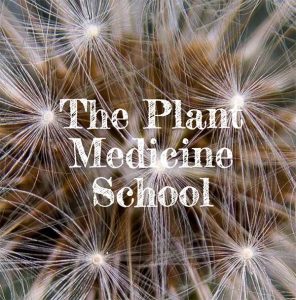